Baby monitors are becoming more and more popular among young first-time parents - after all, we can't be with our baby 24 hours a day, and with a baby monitor we can keep track of our little ones’ safety.

But when it comes to actual shopping, it becomes clear that things are far from as simple as one might think. Video baby monitors on the market can be broadly divided into Wi-Fi models and non-Wi-Fi models, each with a dazzling array of features - how do we choose the right one for ourselves?

“Wi-Fi monitors are the recent development.”

How does a non-Wi-Fi baby monitor work?

Many parents assume that most baby monitors should be connected via Wi-Fi -- much like a home security camera. The only way to access the monitor is through a home Wi-Fi connection. In fact, Wi-Fi baby monitors are a recent development. Before that, most video baby monitors were connected and transmitted via the radio frequency band -- yes, like the radio waves used for radios and walkie-talkies.

Incredible as it may sound, radio waves are not some backward technologies. The Wi-Fi router in your home is also using radio waves to communicate with various devices that need to be connected to the network. So it's easy to see why most of the hot-selling baby monitors on the market are non-Wi-Fi models.

Devices that use radio wave technology usually require a transmitter and a receiver, such as a walkie-talkie, where one walkie-talkie transmits a signal and the other one receives it so the conversation can be made. Baby monitors also consist of a transmitting device and a receiving device, but the transmitting device is integrated into the camera, and the receiving device is integrated into a compatible display. The camera transmits the captured images to the display so you can see what's going on in the baby's room in real time, without the need to connect to the home Wi-Fi. Of course, this technology has its limitations. For example, the coverage of the wireless band is limited, you may not be able to use the baby monitor properly if you’re out of range.

The camera transmits its signal to the Wi-Fi router, which in turn transmits the signal over the Internet to any authorized device (such as your phone). This means that the Wi-Fi baby monitor can be used without providing a separate paired receiver, because any device that can connect to the Internet and has a screen can, in theory, be a receiver.

Also, because they don't provide a separate receiver, most Wi-Fi baby monitors require you to use an app to remotely control the camera and view the live feed on your smartphone. These apps can even provide some additional smart features, such as detecting the baby's movements, analyzing the baby's sleep quality with AI algorithms, and even tracking the baby's sleep patterns.

Sounds convenient, right? But because it requires a Wi-Fi connection to work, the experience depends a lot on your home Wi-Fi environment -- if your home Wi-Fi is running slow or even drops out in certain places, you'll notice a significant delay or even unavailability when using the Wi-Fi baby monitor.

The answer is obvious enough: All you need is a non-Wi-Fi baby monitor. Although most Wi-Fi monitors now claim to have bank-level security encryption, we recommend that you purchase a non-Wi-Fi monitor that does not require an Internet connection at all and is theoretically impossible to hack into.

If you value easy-to-use and practical products

The non-Wi-Fi monitor pairs automatically when you turn it on, and there's no app to download and register, and there aren't too many high-tech features that take time to learn, so it's perfect for parents who value ease of use and practicality.

If you need remote monitoring

A Wi-Fi baby monitor is your only option. We understand the dilemma young parents face today - juggling home, work and kids can take a lot of courage and a little extra help. A Wi-Fi monitor allows them to check on their baby anytime and anywhere, giving them a little more peace of mind while they are busy. Most Wi-Fi monitors also support family sharing, allowing all family members to access the camera. Just be sure to remember to choose models that support the highest level of security encryption algorithms when shopping for a Wi-Fi baby monitor. 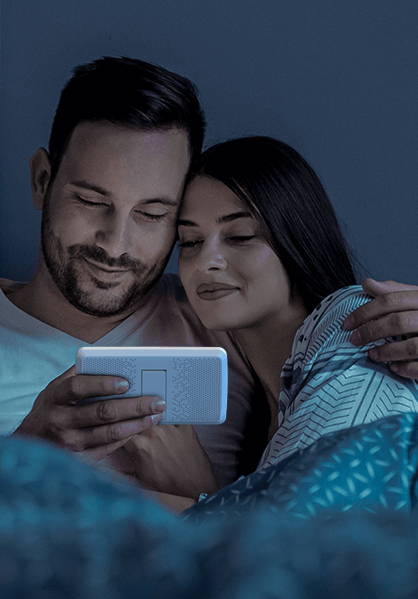